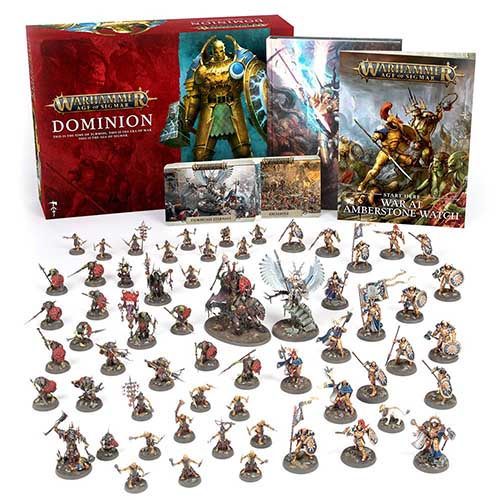 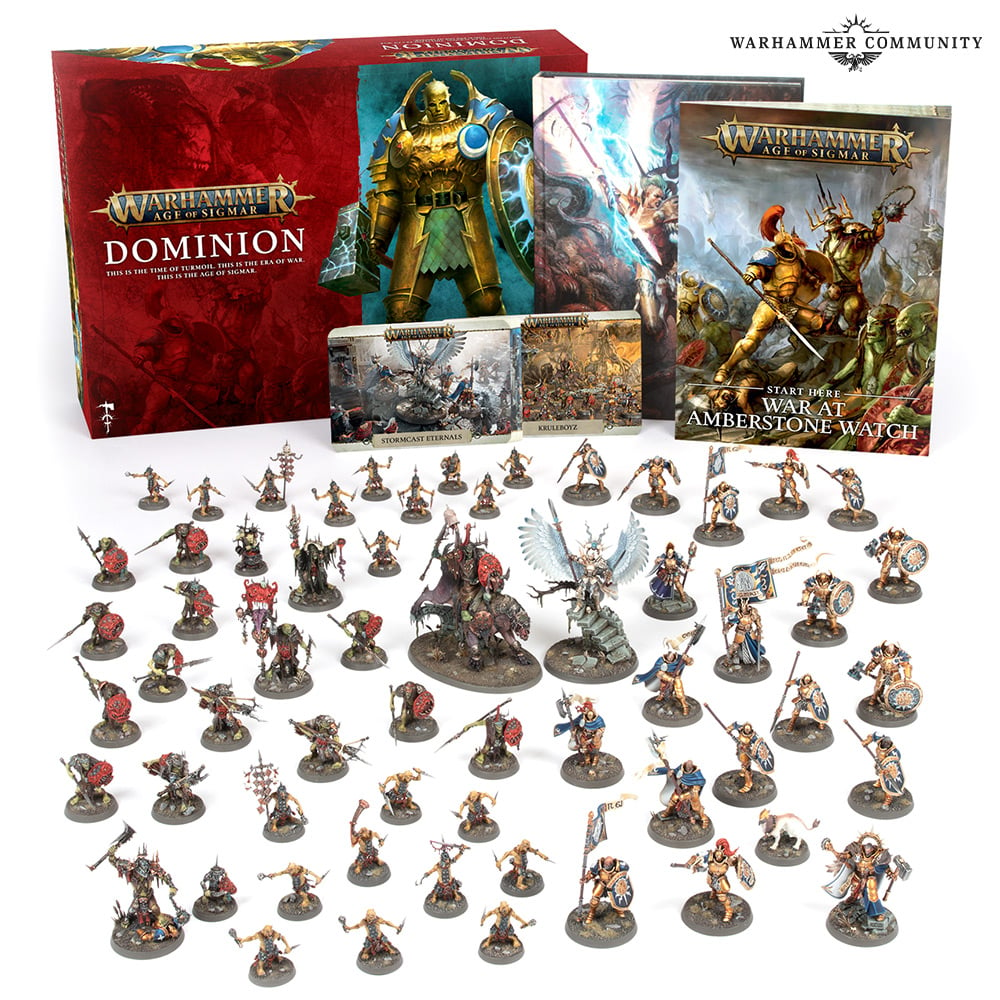 This boxed set includes:1x 360-page Warhammer Age of Sigmar Core Book (Hardback): Discover the lore of Warhammer Age of Sigmar and learn to master magnificent armies of valiant warriors, wild daemons, and more on the battlefield. This vast tome of knowledge includes all of the game’s core rules, three different styles of gameplay suitable for players of every level, variant game types for siege battles and tunnel fighting, and much more.1x 24-page Start Here booklet – War at Amberstone Watch: This supplementary booklet is exclusive to the Dominion box and provides newcomers with the perfect starting point for the Warhammer Age of Sigmar hobby, including the story and gameplay rules for a fateful clash between the Stormcast Eternals and Kruleboyz included in the box.60x Plastic Push-fit Citadel Miniatures: At the heart of the Dominion set are two armies of brand new miniatures, each cleverly designed so they can be pushed together without the need for glue. Each force includes a flexible range of powerful units armed with devastating weaponry and wargear, and they can easily be bolstered with additional reinforcements to act as the elite core of a larger army. These models include:21x Stormcast EternalsThe chosen champions of Sigmar, plucked from their mortal bodies at the moment of their death and reforged as shining heroes clad in thick golden armour. Each Stormcast Eternal is a nigh-immortal warrior capable of fighting hordes of the fiercest monsters and emerging victorious. 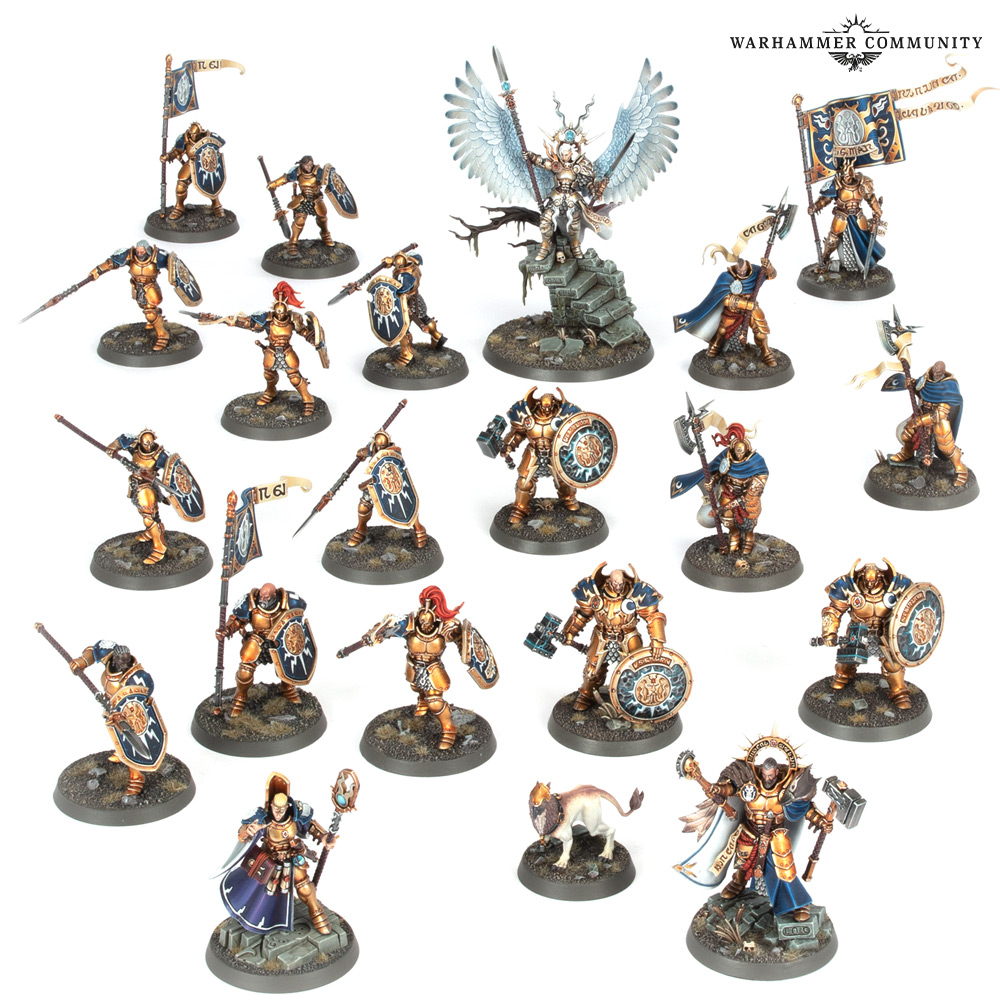 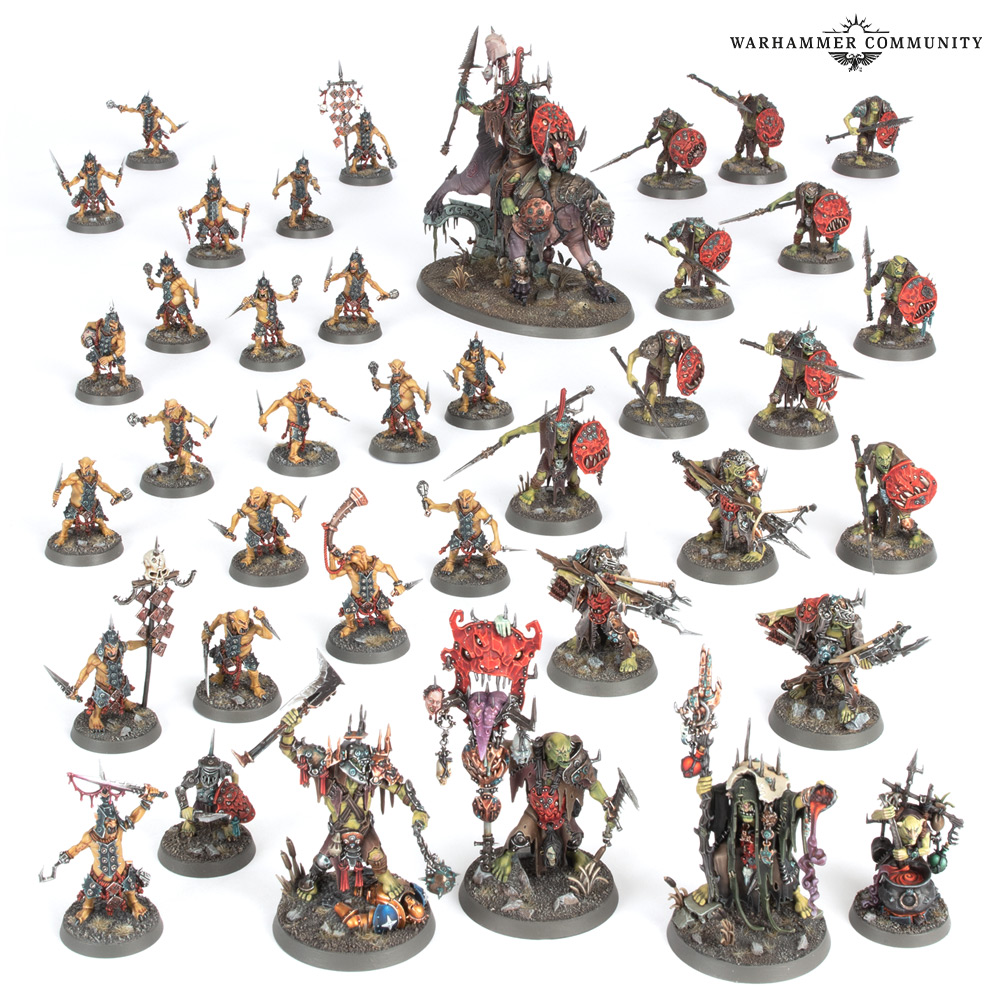 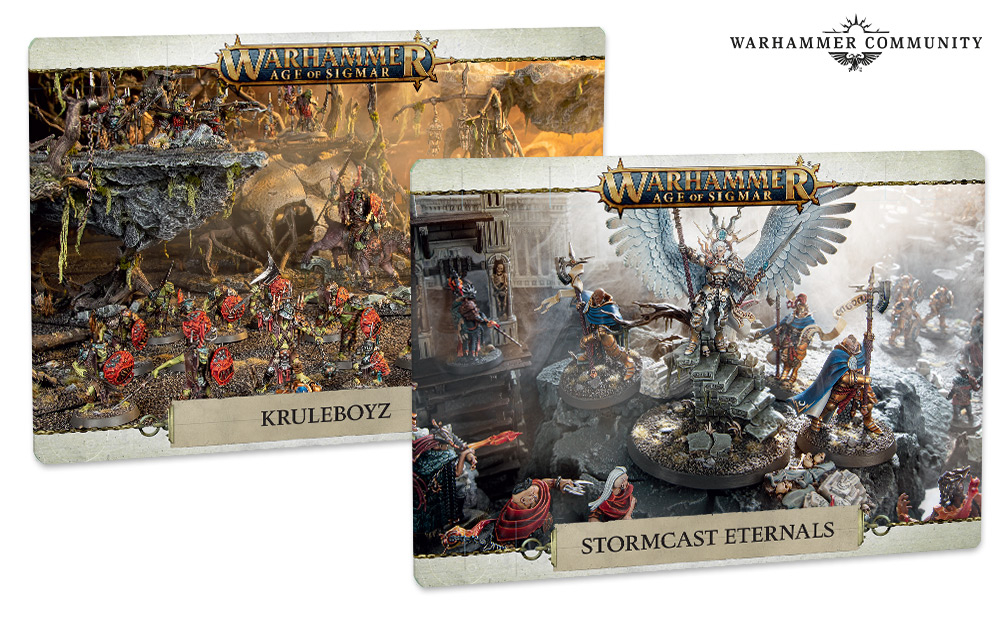 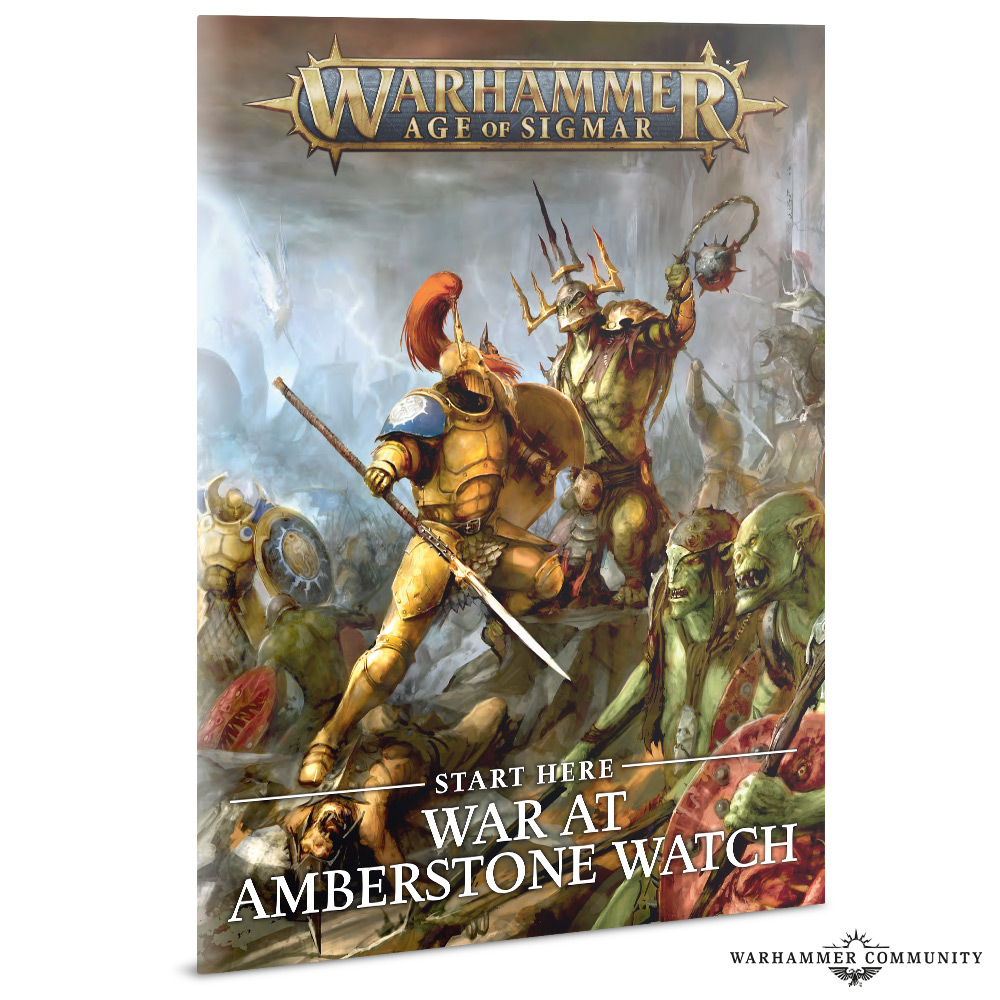